Robust is a wall-mounted changing table, easy to pull down and put up. It was specially made for public spaces and has been on the market for 35 years. More than 30 000 pieces have been sold, mainly in Sweden, but also in many other European countries.

Robust is made in Sweden, but we can ship to most countries. We try to have all models in stock for quick delivery.

Some customers that have bought Robust 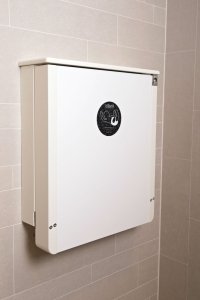 Today’s parents are active and demanding. They appreciate to have access to a baby changing table when they need it!

Robust is very easy to use. Just open up and start using it! Thanks to a gas spring it can be opened with one hand.

Robust is made by solid FSC-certified wood (beech or oak). There is no phtalates or PVC in the mattress. 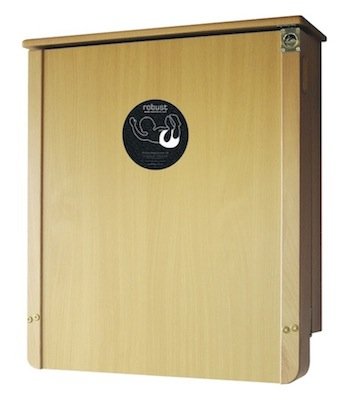 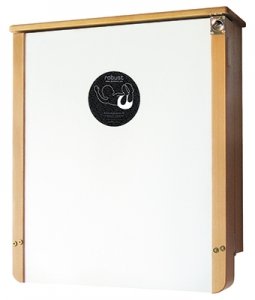 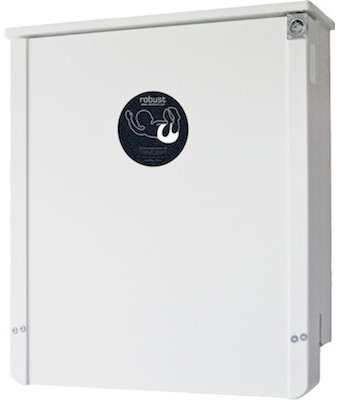 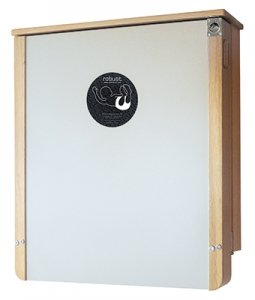 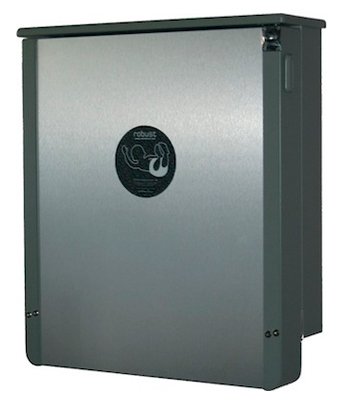 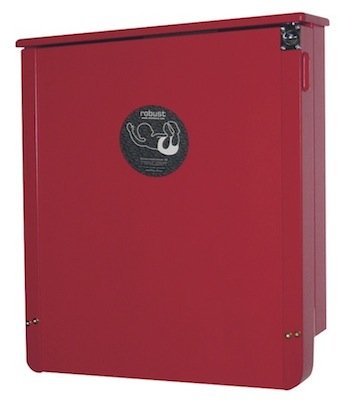 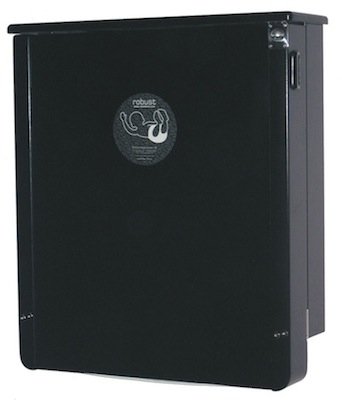 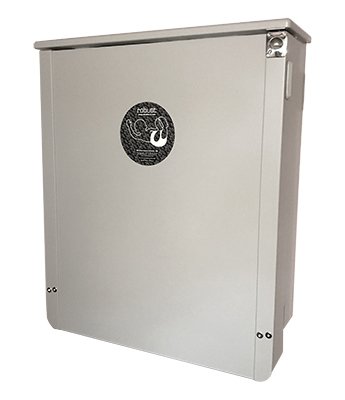 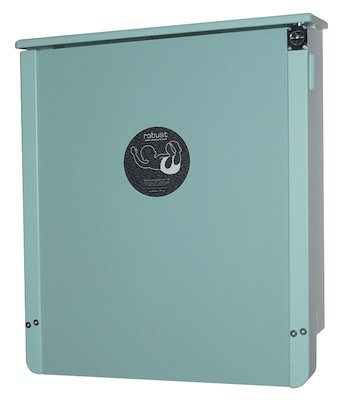 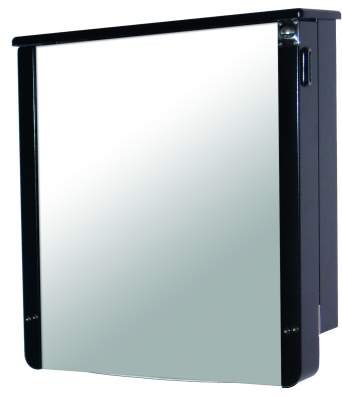 solid beech with melamine mirror front (can not be smashed).
Available in black (art.no. 315) and total white (art.no. 316). Mattress included. 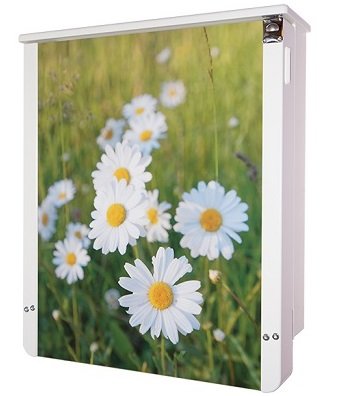 Choose you own picture on the front!
You can use photo, logotype or other picture.

Robust can be downloaded on BIM Object in the following formats: Revit, ArchiCAD, AutoCAD, SketchUp, and 3DS.

The side members, the shelves and the top are made of solid wood (beech or oak).

The table is a board, either lacquered or with melamine or laminate.

The mattress cover is made of polyurethane and cotton (no phthalates, no PVC).

The hinges and the lock are made of stainless steel.

To be mounted on the wall with screws. Direction is included.

Changing table Robust was introduced on the Swedish market in 1981 and it was the first wall-mounted changing table for public spaces in Sweden (and maybe in the world?). Robust was invented by Ingvar Persson. He had four children and got the idea after having to change diapers on the floor while visiting a petrol station.

Since 1981 more than 30 000 pieces of Robust have been sold. It can be found in many European countries, as well as in China and Japan.

Skötbordspecialisten AB, which is the manufacturer and distributor of Robust, was founded by Ingvar Persson. He died in 2003, but the company is still owned and operated by the Persson family. The office is situated in southern Sweden, near the city of Malmö.

INQUIRIES AND ORDERS
If you have questions about our products and prices or if you want to make an order, please contact us by phone (+46 46 294642) or e-mail (info@skotbord.com).

DELIVERY TIME
We try to have all models of Robust in stock, so they can be sent from us within a week.

PAYMENT
Payment in advance. We send the goods when we have received payment.

TERMS OF DELIVERY
We use UPS and DHL for our international transports.

ROBUST CAN ALSO HAVE A MORE SPECTACULAR LOOK… 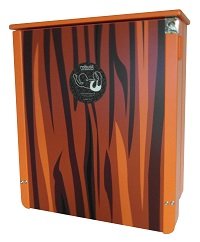 Scroll to top
We use cookies to ensure that we give you the best experience on our website. If you continue to use this site we will assume you accept that.Ok